Pickett hits her way to NSIC Player of the Week honors 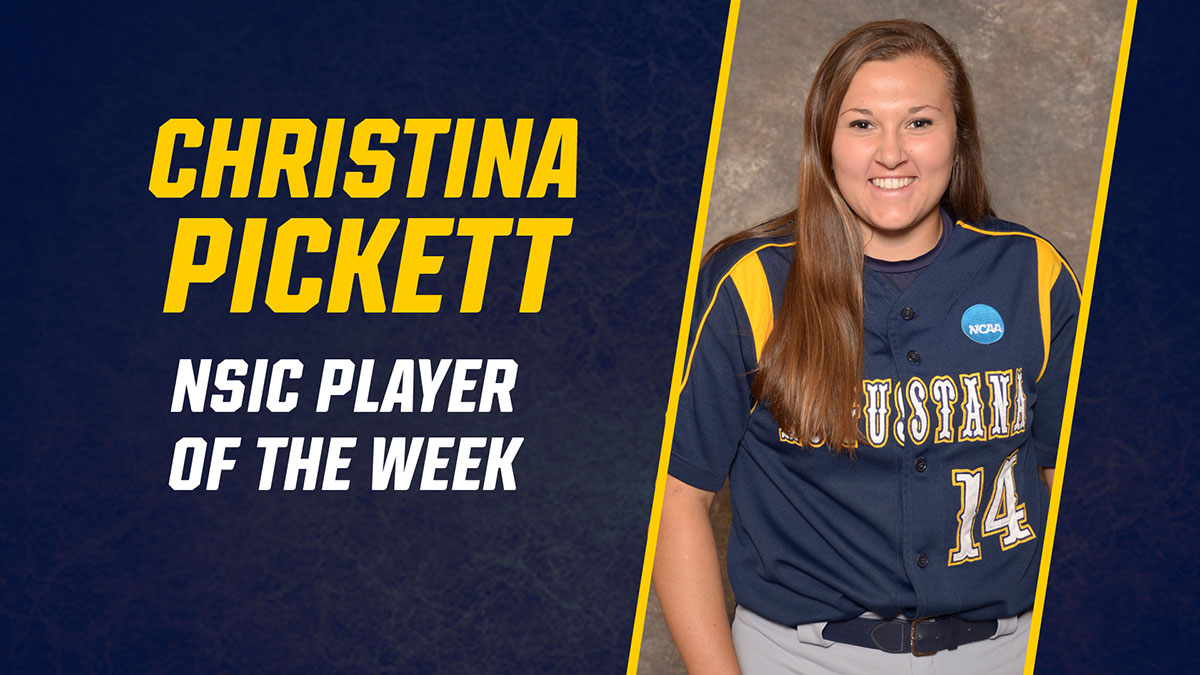 Pickett, from Maplewood, Minnesota, led the Vikings at the plate batting .667 with eight hits, including two doubles and two home runs. She drove in seven runs and scored five while compiling a .714 on-base percentage and a 1.333 slugging percentage.

Pickett was 3 for 4 with a double, a home run and four RBI in game one against USF on Thursday. She was 3 for 3 with a home run and two RBI in game one against Minnesota Duluth on Friday before going 1 for 2 with a double and an RBI in game two. Pickett is batting .292 on the season with 12 doubles, which ranks second on the team, and six home runs. She ranks third on the team with 43 RBI having played in all 48 games as a freshman.

Augustana earned the No. 3 seed in the NSIC Tournament and will play No. 6 seed Bemidji State at 12 p.m. on Thursday, May 4, at Sherman Park in Sioux Falls.